Since a few weeks is in the background there is the information that the following catfish species may no longer be exported from Brazil:

The background is that the IBAMA has created a new list of endangered species in December, 2014. This was above mentioned species listed as endangered. That would be this list: : PORTARIA MMA Nº 445, DE 17 DE DEZEMBRO DE 2014, the shortenings used there corresponds to the definitions of IUCN Red List. 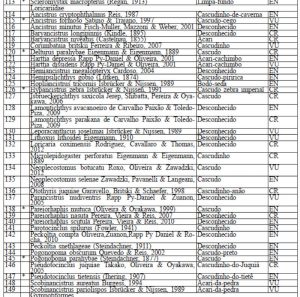 According to IBAMA 12/2014 endangered plecos

The list was first exposed because a significant negative impact on fisheries (food) and ornamental fish trade were feared. Now, in a short time the IBAMA realized this list to the 1st July 2016, with above-mentioned consequences for exporting Loricariidae.

This may be related to that one has partially tried the “fish problems of Belo Monte” to equalize in this way, that you have similar types of Xingú with these set equal. But that also says that distinction is necessary.

Furthermore it considers in Brazil the view that this disposal of IBAMA is illegal, because the creation and enforcement does not meet the legal requirements.

In Brazil the exporters are trying through the authorities, but also trough legal means a (partial) cancellation of this export ban. This will need time.

The “planed monster of Rio Tapajós” is (hopefully permanently) cancelt.

The export ban above-mentioned species raises many questions and also seems not legally durable. The exporters are fighting for a cancelation of this.
In the next month this species will not export legal to Europa. But especially for widespread species or species that do not come from the Rio Xingu, it can certainly be confident.

Even though I do not have any detailed information from Brazil, it is obvious that on the Brazilian stocklists there are now some species of catfishes which can be exported again: 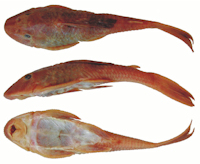