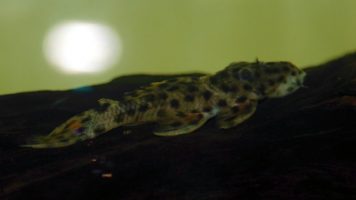 today I would like to introduce you in two articles of the current issue of Aquaristik Fachmagazins (Dec. 2017 / Jan. 2018):

Daniel informs, an animal from Parancistrus sp. “L 332” was as bycatch in a delivery to Amazon Aquatics. Now he keeps this animal.

This specie is in acuaristics only a little known because it comes from the Rio Xingu, but widely upstream from Altamira. Some month ago, he could catch such species. The greatest animal was about 18 cm long.

It is not about catfishes, but also interesting for catfish freaks:

Additional: Meanwhile, some municipalities in this area of the Atabapo River and Inirida River have declared caños and lagoons as their fishing grounds. There are prohibited external withdrawals. The municipalities consider this as a source of income and maintain these waters. Local people monitor the stock. The control should go far beyond that of nature reserves. 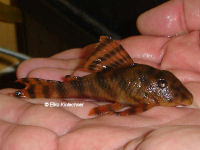 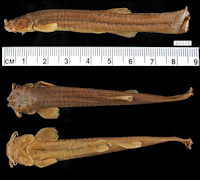