Spectracanthicus murinus can be exported

Spectracanthicus murinus are from Rio Tapajós, in the near of San Juan in Brazil. The Rio Tapajós is a clear water river with relatively low pH (5.0). Its water temperature is around 30 ° C and the conductivity at about 20 µS / cm.
This specie is listed on the Brazilian positive list of January 2012. Therefore, this specie can export legally.In December 2010, I was able to purchase a small group of Spectracanthicus murinus. During quarantine died two animals inexplicably. Finally I could take 3 males and 2 females in our aquariums.

The tank has a size of 80 cm x 35 cm x 40 cm (112 L). As substrate I used gravel, particle size 1-3 mm. The water is filtered by an Eheim 2212 aquaball and a Sera L150. To heat the water, I use 2 heaters each with 50 watts. Facilities include 10 Caves and several small roots.The aquarium is unplanted. Therefore, no illumination is required. The day-night rhythm is given by incident light. 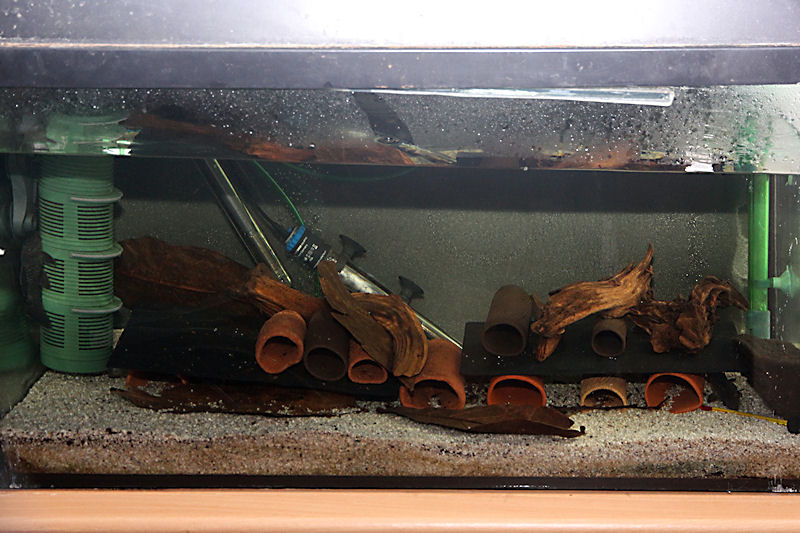 Figure 1: Our aquarium of Spectracanthicus murinus

The following water values I could measure in the tank:

Table 1: Water values in this tank

The fluctuations resulting from different water areas of our tap water or by the use of demineralized water:

The behavior of Spectracanthicus murinus

These animals are very peaceful loricariids. Serious fights I could never observe. 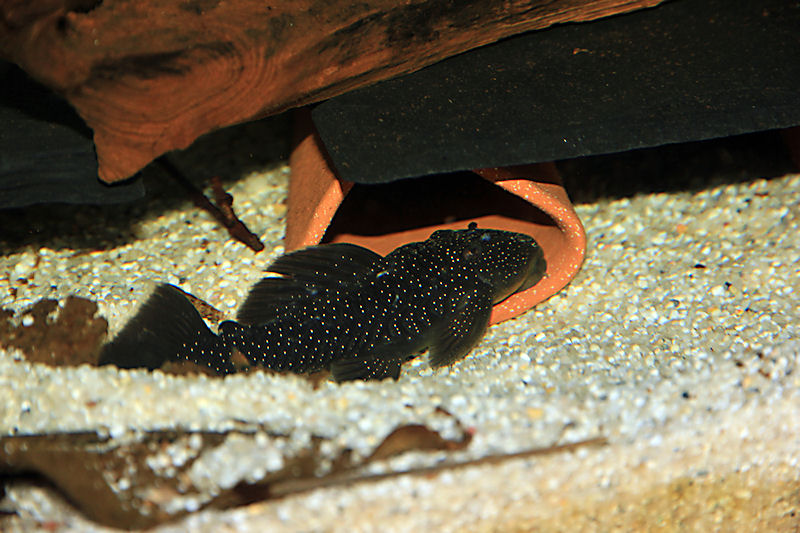 Figure 2: Male of Spectacanthicus murinusFor a short time I wanted put the Spectracanthicus with semiadult Ancistomus sp. “L 163” together in a tank. Just one day later, I realized that the Spectracanthicus been massively suppressed, so that I had no choice but to catch this animals from the temporary community pool. 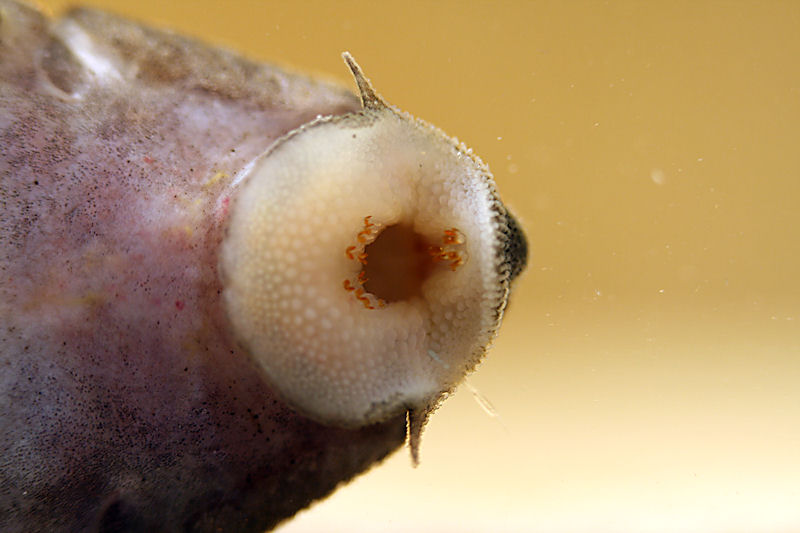 Spectracanthicus have a significantly reduced dentition.
The few long teeth in the upper jaw are striking. It is believed that they feed in their native habitat of mollusks.The group was fed mainly with DuplaRin G. Occasionally, they also get other Pleco-Tabs (PlecoChips JBL, JBL Tabis, tetra, …). From time to time they also get frozen food. However, they showed that much less interest than the tabs. Vegetables were not accepted.

Differentiation of the sexes at Spectracanthicus murinus

Females have a wider waist compared to males. If necessary, is also a distinction on the basis of the genital papilla possible: that of the male appears more slender and spiky, that of the female broad and blunt.
For our Spectracanticus murinus is a differentiation of the sexes by comparisons of head shape, odontodes, strength of the first steel of the pectoral fin not possible.
[one_half] 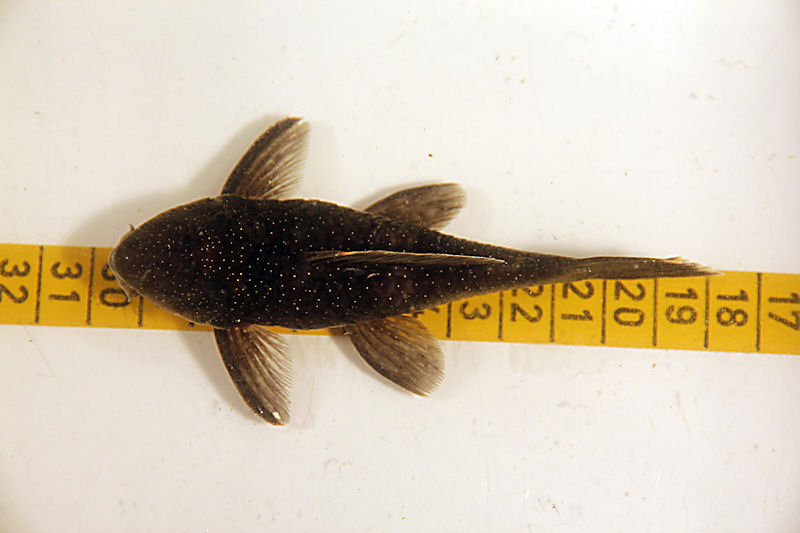 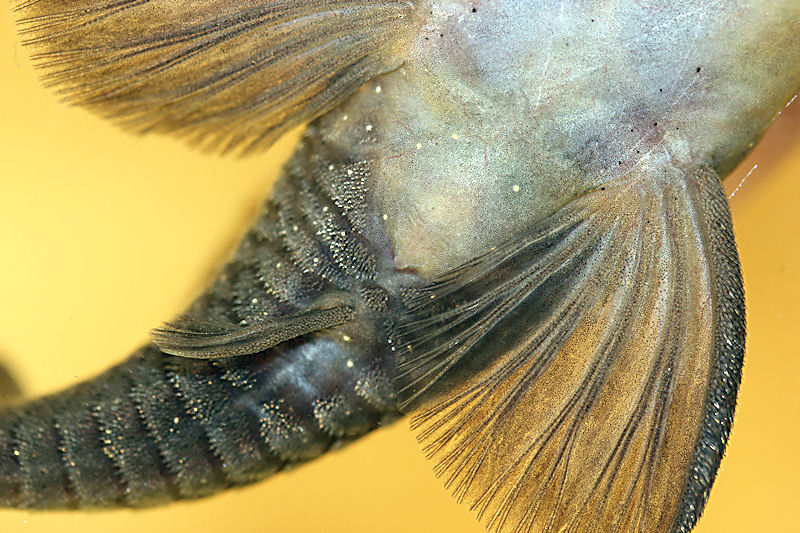 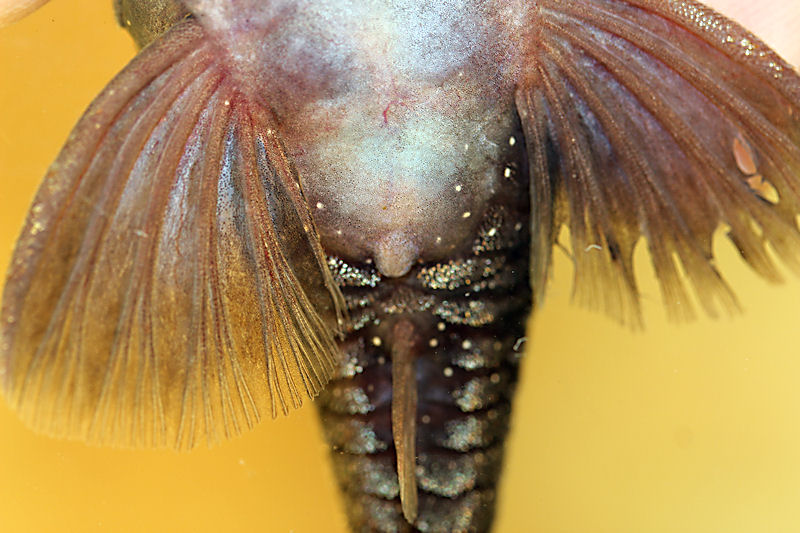 In May 2011 there was the first reproduction of the animals. I was initially able to capture 8 small Spectracanthicus and transfer these into a suspension box. In the next few hours it was found that these animals were very inactive.
Particular, it was right in front of the mouth placed food was not consumed.On the next morning I realized that four animals were dead and the other four managed to escape from the suspension box. At least one of them I was able to discover later.

Table 2: Water levels at the time of propagationLater spawned parents four times more. At high pH, the eggs died through fungi very quickly. An actual trigger for the increase was not clear.The bred we fed mainly with DuplaRin G or Tetra PlecoMin. On another food they did not take. From each nests survived a maximum of one or two animals.The right food for the littles seem to be a problem. The next time we want to try it with live food. 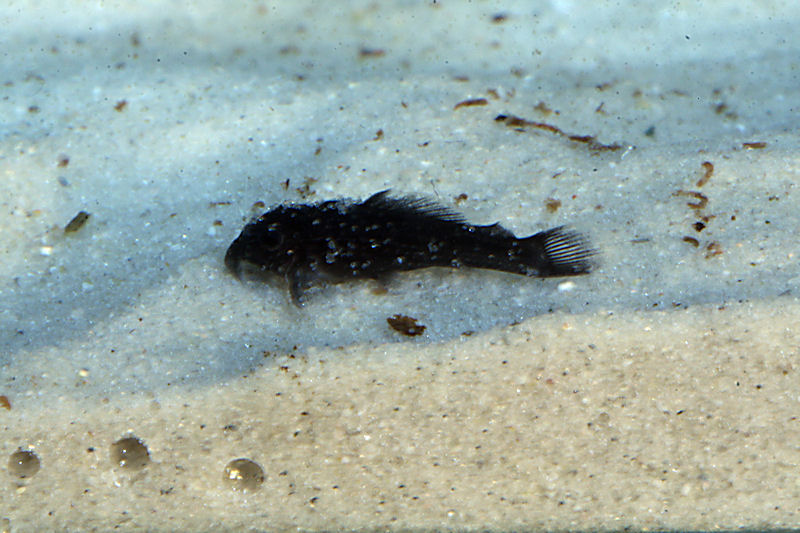 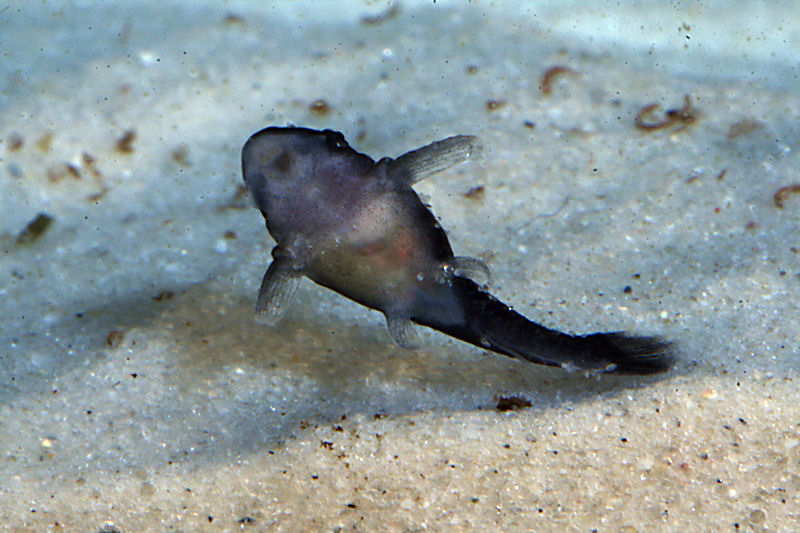 Spectracanthicus murinus is a very peaceful species, which we can reproduce in a tank with very good water quality. A low pH seems advantageous. A problem for the offspring is the right choice of diet.