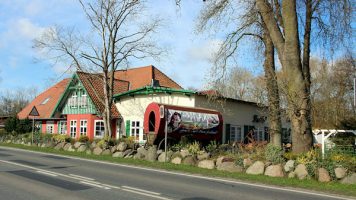 In autumn 2008 I bought a small group, 2 males and 1 female, Ancistomus sp. „L 208“. Just a few months later succeeded the breeding of these beautiful animals.

Hans-Georg Evers presented Ancistomus sp. „L 208“ as new import in the magazin DATZ in March 1996. [1] In October 2000 it was possible that he caught this fishes in the Rio Jaciparaná. The Rio Jaciparaná lies a little more than 100km south-southwest of Porto Velho. It is a white-water river. Hans-Georg Evers could determine the following water values: temperature 28 °C, conductivity 20-40 µS/cm, pH 6.9. [2].The Rio Jaciparaná is no traditional fishing grounds for loricariids. It is relatively far-off other fishing grounds for loricariids. Therefore, only few of these fishes were imported to Europe in recent years.

Establishment of the aquarium only for these species

Coincidentally, a few days before buying the animals I prepared a 240L aquarium (120 x 40 x 50 cm). As usual, I used gravel with a graining from 1 to 3 mm. I installed a Eheim Aquaball 2212 and a Sera air filter L150, 2 heaters with 75 W. Always I utilize 2 filter and 2 heaters for safety reasons.
5 standard caves (~18 cm long) and few roots formed a habitat for these fishes. In this aquarium there were no plants and no lighting.

We feed these fishes with DuplaRin G and XL in proportion of 2:1. Occasionally we also use other tablets for catfishes. Twice a week there was frost food. Vegetables were never eaten.

At the time of propagation following water values could be determined:

I changed the water weekly about 50%. We used rainwater or completely desalinated water.

The parents had a size of 13 cm in time of reproduction. Today their size is a little bit more as 15 cm.
We can distinguish males and females on their body shape. Females have a wider waist. The genital papilla of males is more pointed. Interopercular odontoides, odontoides on the pectoral spine and on the hard spines of the caudal fin are very similar between males and females. 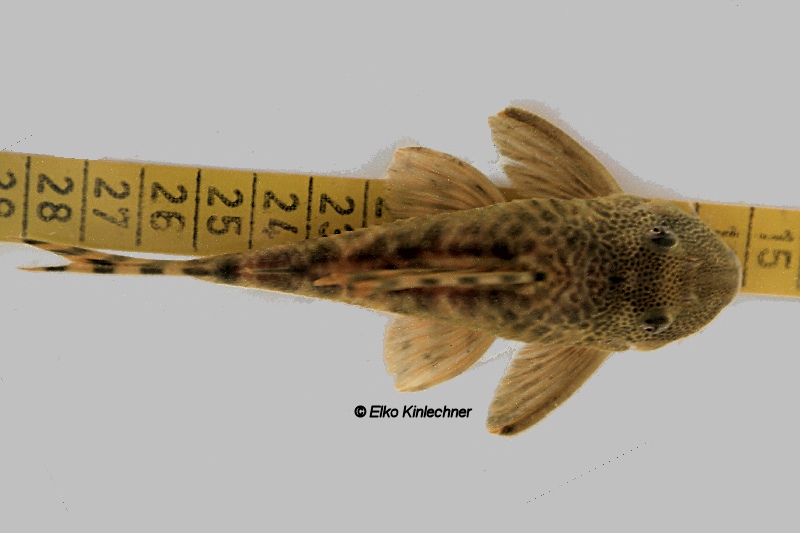 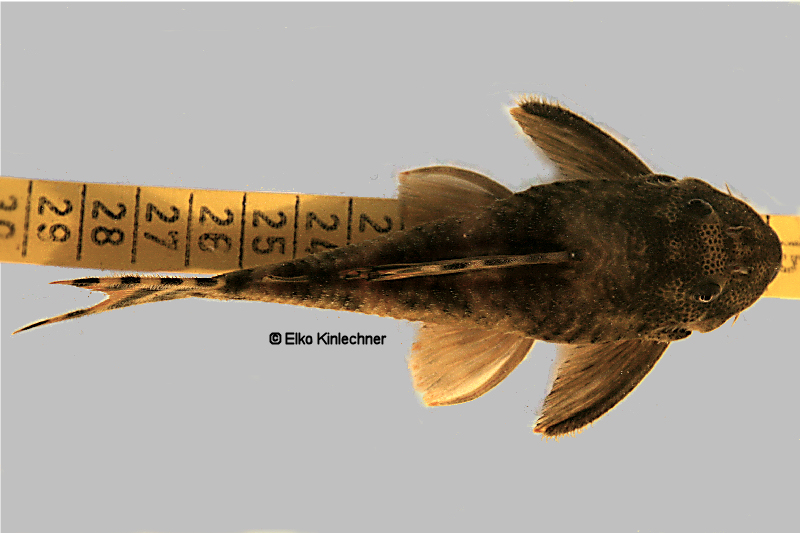 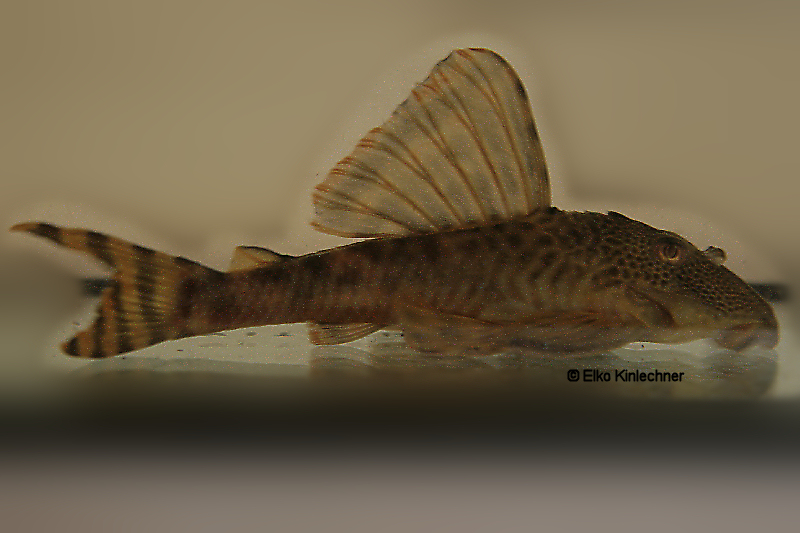 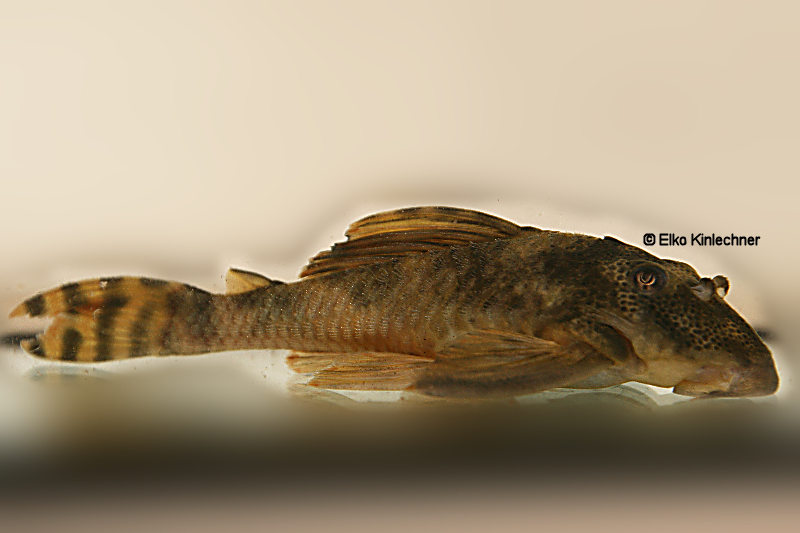 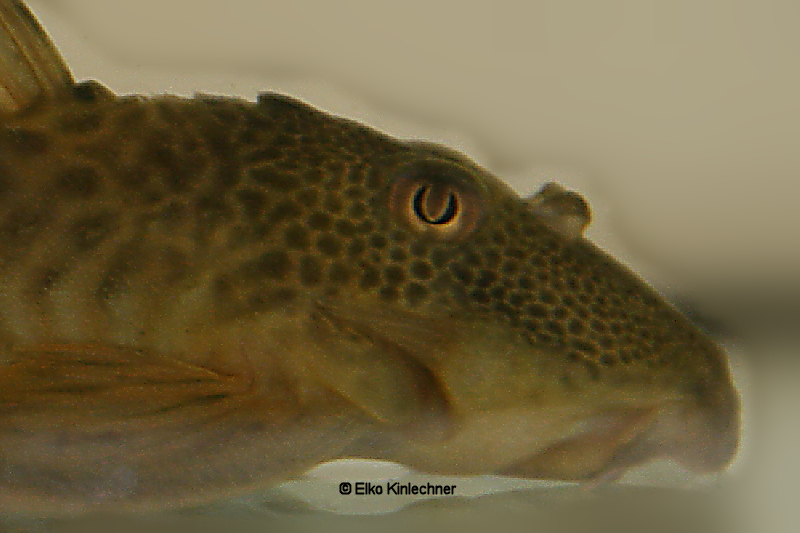 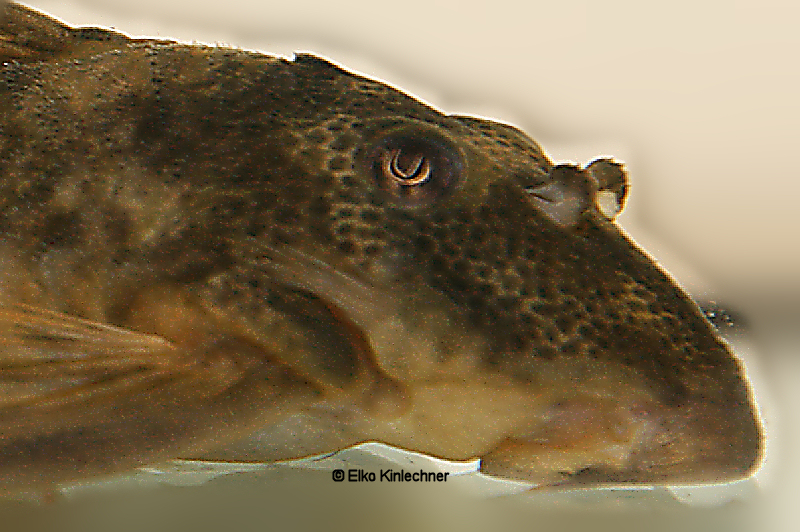 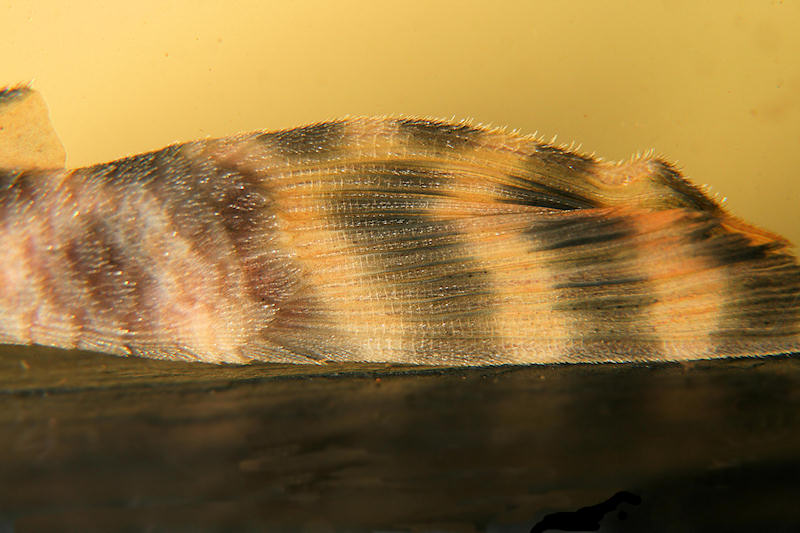 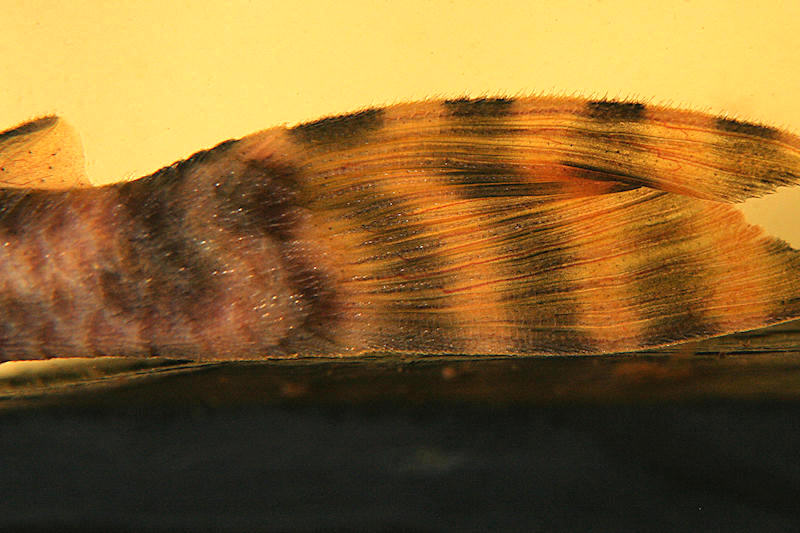 At start of February 2009 I found few eggs in foreground of a cave. 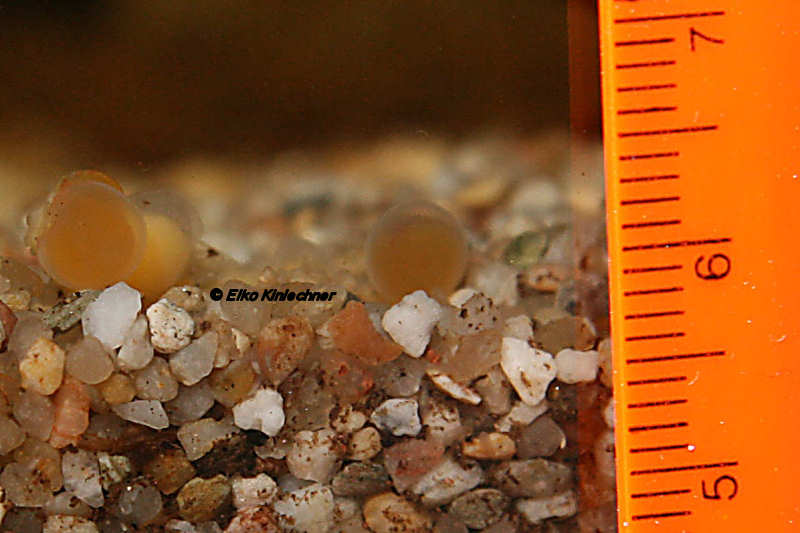 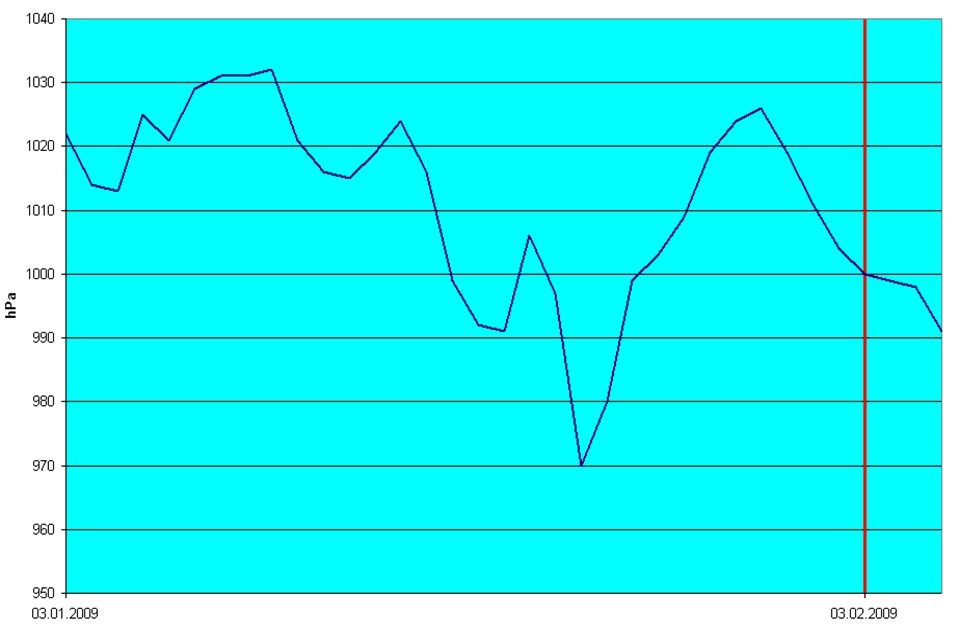 I put the found good eggs in an incubator. To prevent fungal infection of the eggs, I used many alder cones, catappa-leaves and Sera ectopur (according to the instructions). Few tower snails (Melanoides tuberculata) handled the cleaning of eggs and box. Single eggs affected by fungi I removed with a scalpel. 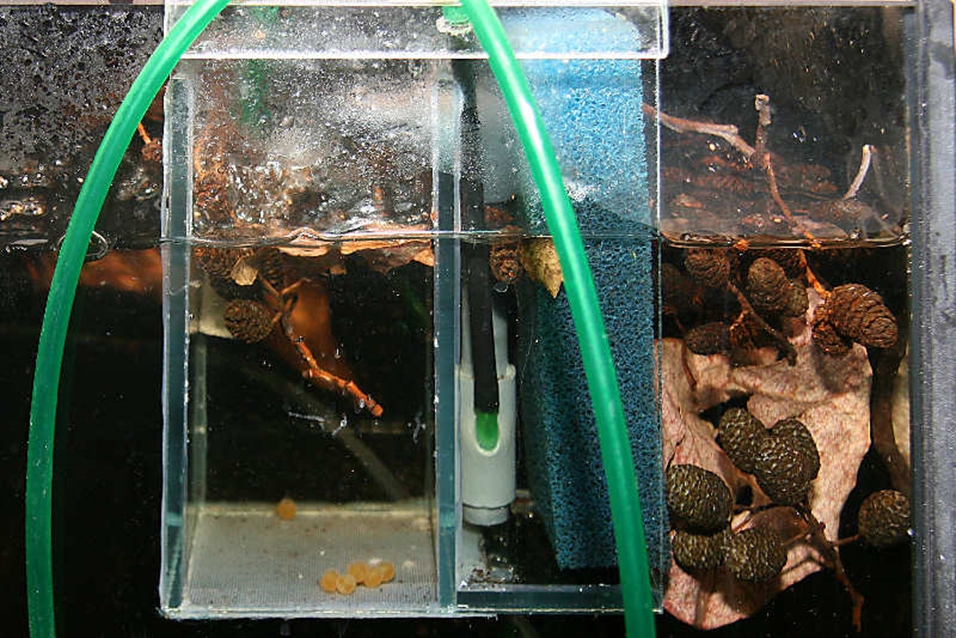 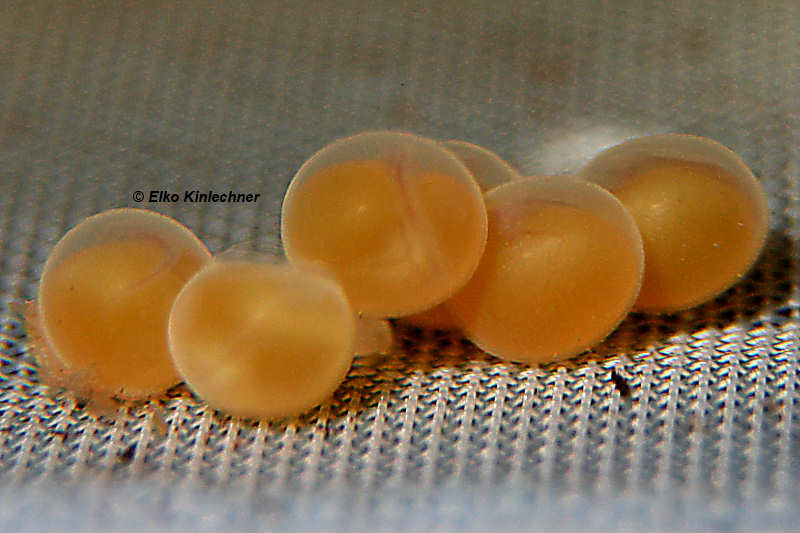 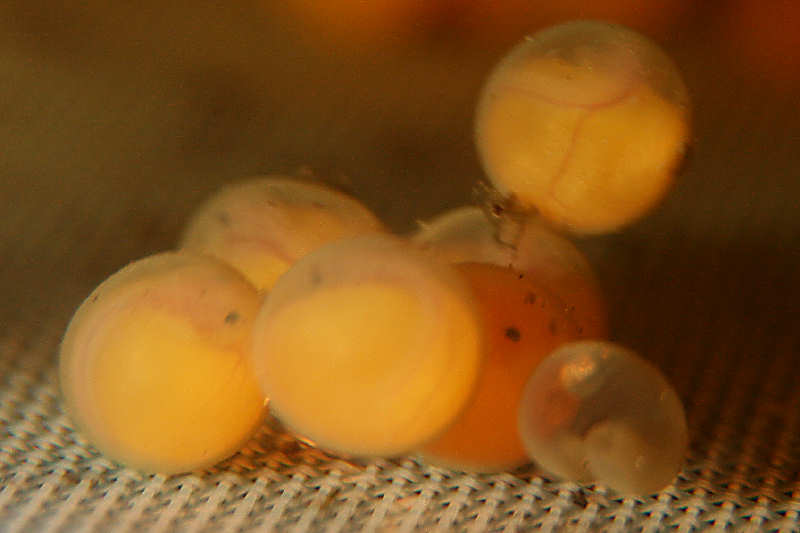 To prevent that more eggs changed outside, I put a piece of wood under the cave that the entrance slightly pointed upward. Obviously, the males did not like it: in the next night I saw, the male swept with his caudal fin the gravel under the cave until the cave was horizontally again.After about 6 days slipped the offspring and the first left the cave. Then I shook the remaining offspring out of the cave.
It was a total of 52 eggs: 6 died in the first 6 days, 12 hatched in the incubator and 32 were in the cave. In seven animals, I realized in a kink in the caudal peduncle. Later, the malformation was even more striking. This concerns only animals that were slipped into the cave. The cause was not clarified. 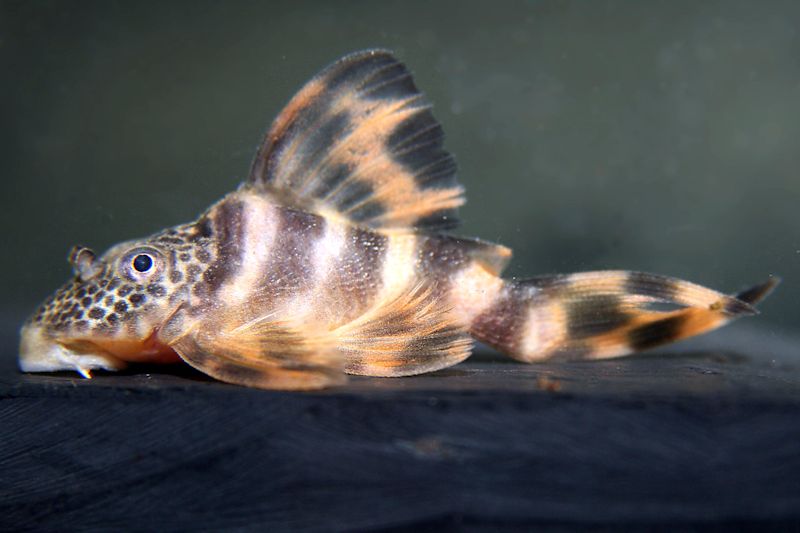 I used an inset box fort the hatched juveniles. Previously, I had done a thin layer of sand in the box. A few tower sails cleaned also this box. 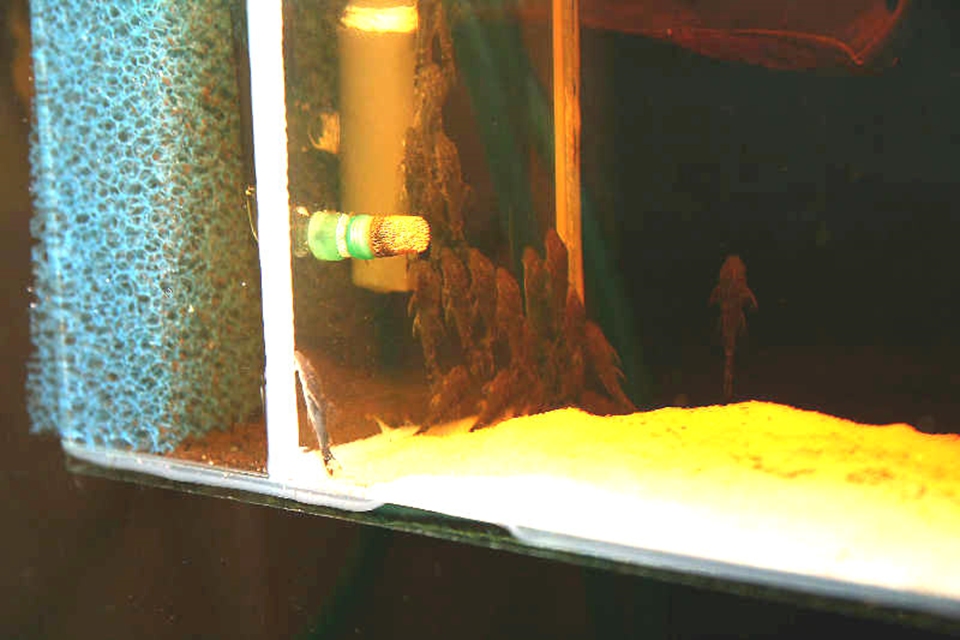 Approximately on the 12th day the yolk sac was consumed. A little earlier I started to feed. Several times daily we have feed with JBL Nobil Fluid, Cyklop Eeze, JBL Novo Tom and crushed JBL Tabis.Until then, the young animals were colored with a gray shimmer. Any color similarity to the parents was missing. On the 12th day I noticed the beginning of the color change on the caudal peduncle. Within the next 9 days, the animals colored so that they were very similar to their parents. 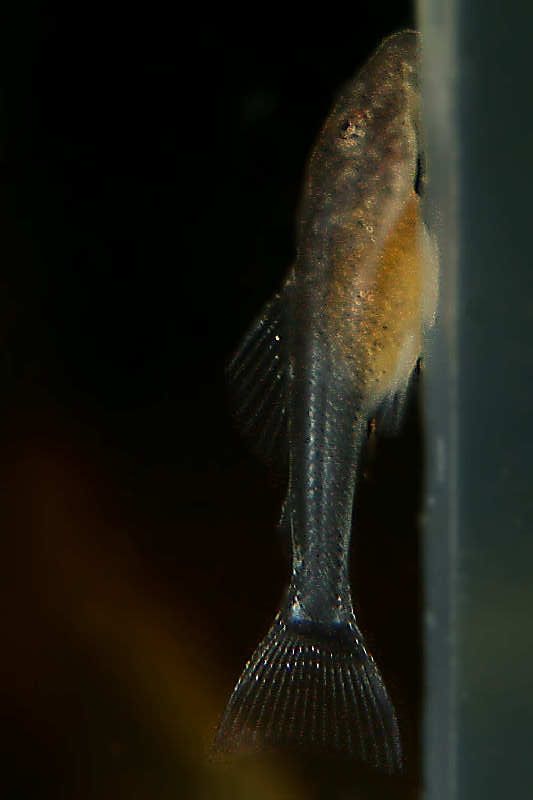 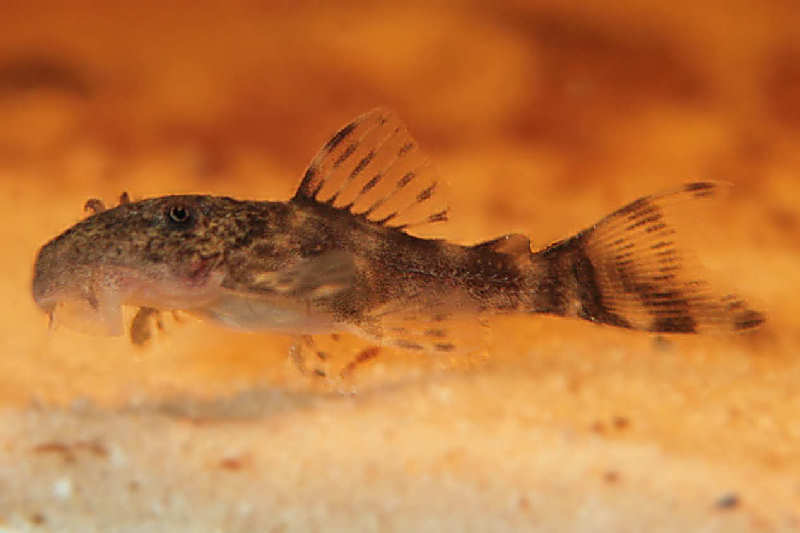 Ancistomus sp. “L 208”, on the 21th day, the young fishes now take the color of their parents.

After 2 month I put the young fishes in an tank with 60 liter. Since this time they got the same food as their parents. Beginning of November 2009, most of these had a total length of 9.5 cm. With more as 1 cm growth per month, they have grown relatively quickly. 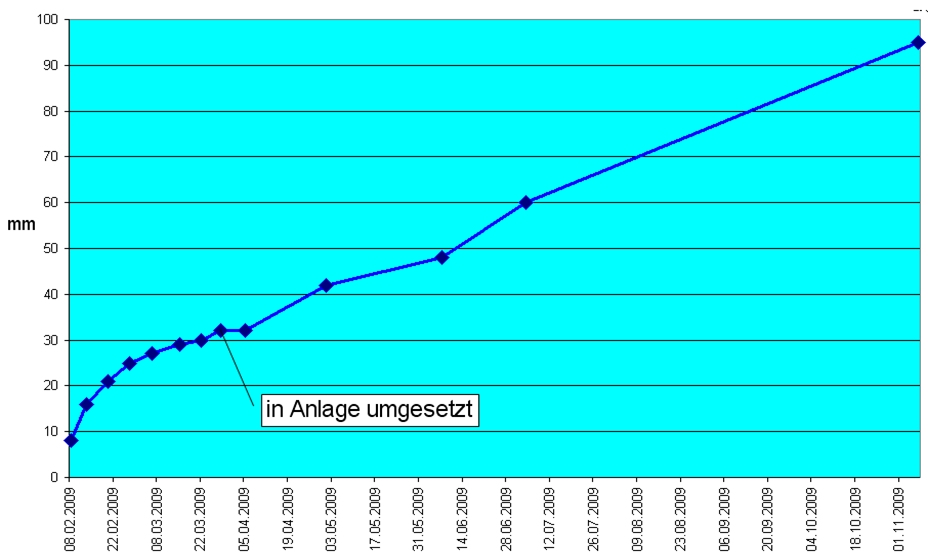 In the meantime, I was aware that another aquarist had also a reproduction of Ancistomus sp. “L 208” a little bit later.
Meanwhile, some years have passed: A new breeding is not known to me. Also a new generation from the breed fishes has not yet succeeded.