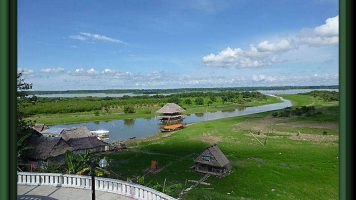 I want to introduce you in two articles about catfishes in the journal DATZ 02/2015:

(Letter to the editor in DATZ 12/2014: “L-numbers and Oligancistrus resolved”)

It relates again to the revision of the genus Spectracanthicus or the former Oligancistrus.
Daniel points out that SSpectracanticus immaculatus is not “L 363” as written in the revision, it is “L269”. He also writes about Spectracanticus zuanoni, whose forms we know as “L 20” and “L 354“. He writes, there are several “intermediate forms” between Altamira (origin of “L20”) and the Iriri (origin of “L354”). Today the captured “L354” for trade come from the Rio Xingu, above the estuary of Iriri.

Frank reports the import of spotted Panaqolus albivermis. Normally, we know this species with striped lines. Sometimes these lines are also broken. The pleco which Frank photographed has white spots instead of fine lines or line fragments.